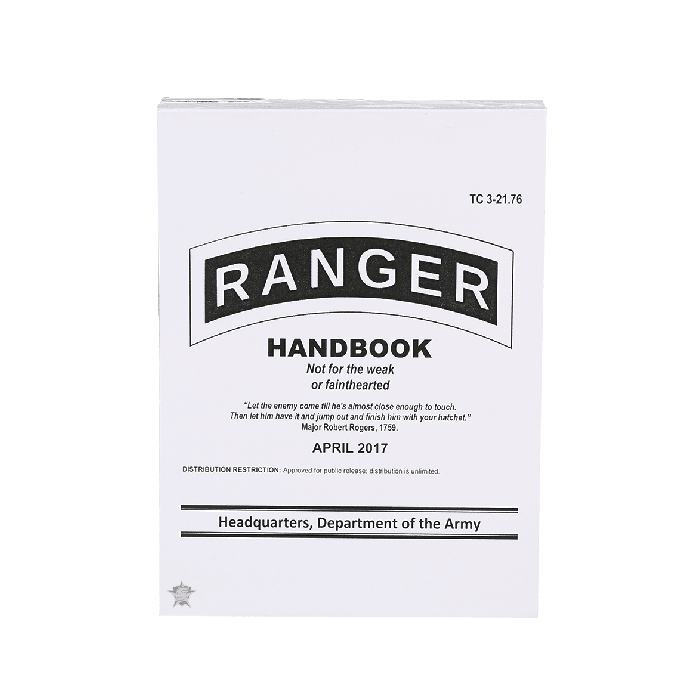 “Let the enemy come till he's almost close enough to touch. Then let him have it and jump out and finish him with your hatchet.” Major Robert Rogers, 1759.

This handbook offers the techniques and tactics that make U.S. Army Rangers the best soldiers in the world. These highly trained, easily deployable, and widely skilled infantrymen specialize in airborne assault, raids, recovery of personnel and equipment, and airfield seizure, among other difficult and dangerous missions. Now, in this recently revised edition of the U.S. Army Ranger Handbook, you can get the latest info on everything from understanding the basics of Army operations and tactics to discovering what makes a soldier with good leadership qualities and character. Although primarily written for Rangers and other light infantry units, it serves as a handy reference for all military units, covering how infantry squad- and platoon-sized elements conduct combat operations in varied terrains.

Drawing from over two centuries of lessons learned in special operations combat, this guide provides modern soldiers with the best training possible. It effectively combines the lessons of the past with important insights for the future to help make army leaders the absolute best they can be. In straightforward, no-frills language, it covers deception, stealth, communications, escape and evasion, ambush operations, perimeter defense, counterintelligence, and much more. This book is the ultimate resource for anyone who wants to know how Rangers think and function.
U.S. Army Item # SH 21-76.
320 pages.
Measures: 7” L X 6”W X ¾” D
April 2017 Edition