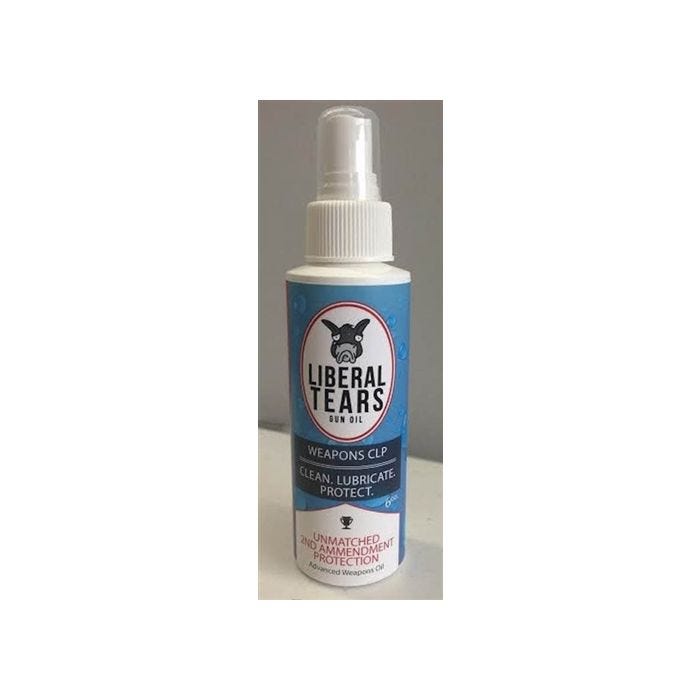 Clean- Liberal Tears is self cleaning. It literally cleans as you fire, resulting in a longer sustained fire ability. Cleaning after range time is a breeze as the baked surface film allows for easy wiping away of carbon and brass

Lubricate- Not only a slippery full auto rated lubricant, it contains special metal conditioners that will not burn up in high heat, it actually bakes the surface into an even harder super slick film coating.

Protect- The proprietary nano technology that we utilize actually will reduce barrel temperature even during sustained fire and increase hot barrel shot accuracy. This helps extend barrel life.. And, a drop of genuine bacon grease has been added to every bottle of Liberal Tears.